I have finally gotten enough painted for my Korean War project that I can play a game!  I did a quick little battle with Hammer of Democracy, which is still in beta, and it worked well. I will be fiddling with it some more.

Also on the docket to try out are: NUTS! Bug Battles, Hail of Fire, and when published Battalion:HQ.  I am looking for a game that will let me run a company - battalion per side.  Probably on the UN side a company + support and a company to Battalion for the NKPA / CVF side.  My only hard and fast is 1 stand = 1 squad, every game seems to scale company and battalion support weapons differently, so I going to paint them up at 1:1 for now.

All of my models for this project are from the fine gentlemen at Pico Armor.  Doing this in 3mm / 1:600 let me get the project on the table quickly and cheaply but also lets me use my Kallistra hills to better recreate terrain of Korea, which is critical for a game at this level.  And I can play on a modestly sized table with elbow room for the troops and the weapons ranges look good.

Here are some pictures, the normal disclaimers apply.  My photography is awful, so do not judge the figures based on my pictures or painting.

Here is a TOE US Army Rifle Company.  It is almost at 1:1 figure-man scale!

As you can see, by 1950 the Rifle Company TOE had changed somewhat.  Here is the platoon in detail. 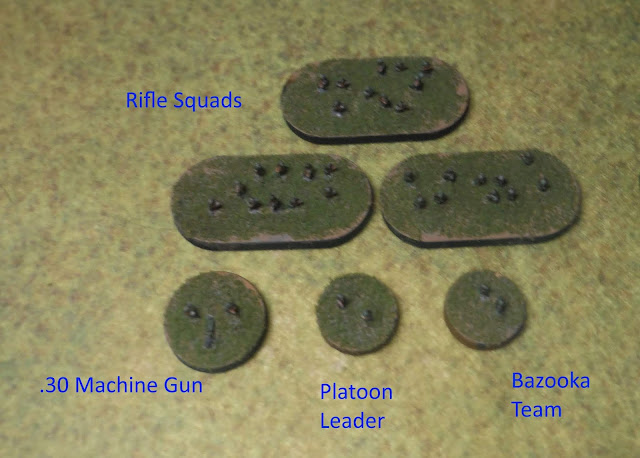 The differences from the WW2 rifle company are primarily that each platoon now has more organic firepower with a .30 air-cooled machine gun and a 3.5 inch bazooka team.  The company weapons platoon now has the 60mm mortars as WW2 but also three 57mm Recoiless rifles.

The US Army Infantry Regiment and Division were lavishly equipped with support even for WW2 standards. Anti-Tank guns and the Cannon Company of the regiment had disappeared but been replaced by a 4.7" mortar company and a 22 tank strong Regimental Tank Company, usually consisting of M4A3E8 Sherman Tanks with 76mm guns: 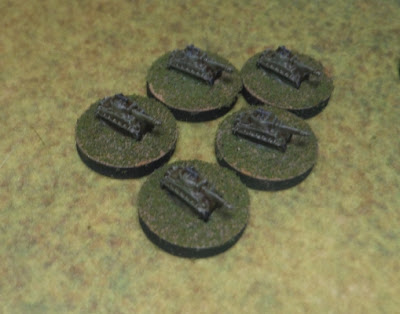 At the Division Level, besides the plethora of artillery support (although there were some shell supply problems throughout the war) there was a divisional Tank Battalion, usually equipped with M-46 Patton Tanks armed with a 90mm gun: 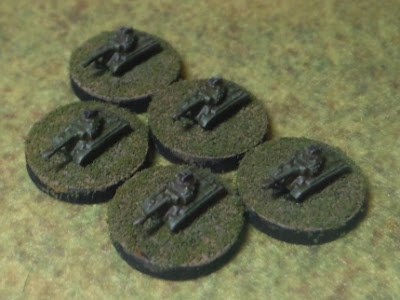 Just to put it in perspective, a US Army Infantry Division in 1950 had as many or more tanks as a German Panzer Division around 1944, roughly.  Additionally, with UN air superiority, the division's Anti-Aircraft battalion would be used in direct support of the Infantry Regiments.  The Quad .50 machine guns of the M-16 were extremely effective in this role: 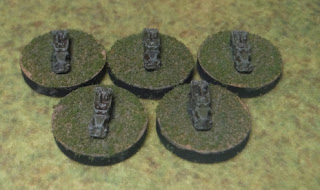 Sources for the organization of these forces is hard to come by and also the July 1950 NKPA was a different beast from the July 1951 NKPA.  The same goes for the CVF, which started their intervention bereft of heavy weapons and in fact being primarily armed with Japanese arms and US weapons captured from the Nationalists during the Civil War.  By the time the war reached its static phase, the CVF was better equipped, but their logistics were always plagued by air attack, although this did not impact their operation as much as the USAF at the time would believe.

To get started gaming I have painted up a generic rifle company. I used Pico Armor WW2 Japanese for the infantry, as the CVF had multiple divisions armed with Japnese weapons: 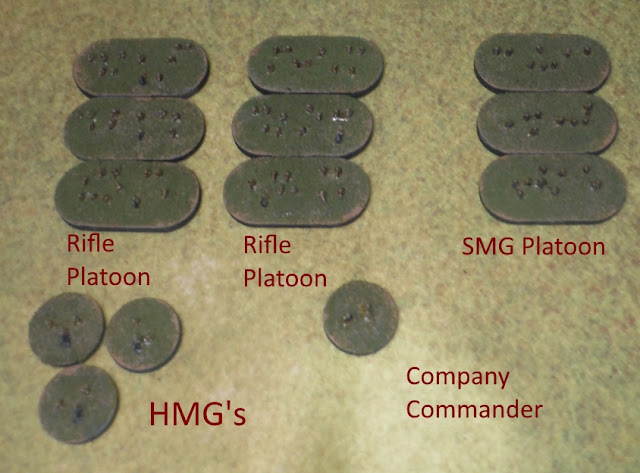 During 1950, Soviet-supplied T-34 Tanks were a significant factor in the success of the NKPA, particularly in the initial push back and defense of the Pusan Perimeter. 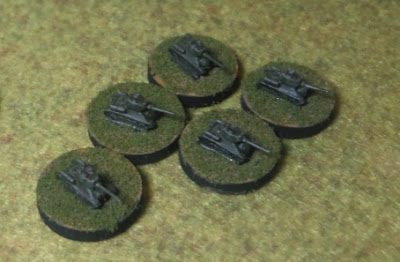 And off topic, here are my two improved built-up areas for 3mm, more to come: 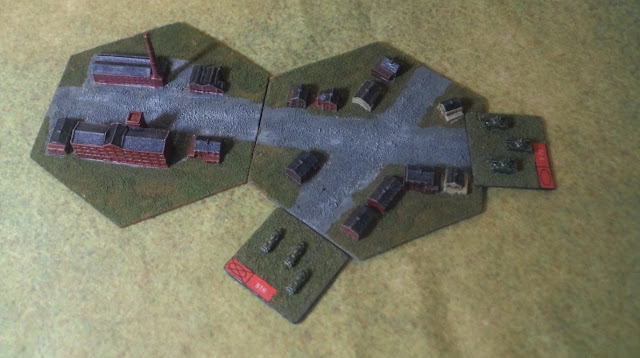 I will be offline for a couple of weeks while we go to Florida for some medical appointments.  Until then, good gaming!
2 comments:
Email ThisBlogThis!Share to TwitterShare to FacebookShare to Pinterest
Labels: 3mm, Hammer of Democracy, Korean War

Spot Report and List of my Wargaming Periods of interest

Work and vacation have interfered again with my hobby activities, but I will provide a quick spot report:


We shared a table with an utterly charming family from the UK (Devon) on the cruise, and are now starting to lay the groundwork for a visit to Perfidious Albion probably next year.  They have graciously offered to help us build an itinerary and navigate the country.  Of course I am thinking about where I want to go.  Visions of Bovington Tank Museum and Baccus 6mm dance in my head.

I will wrap up with this.  As with most of us, I am fascinated with many different periods, which tends to make me spread myself too thin.  So, I thought I would list out to help stay focused.  By Thor, I have a lot of stuff (and I have thinned out over the last few years), am I not entertained ?!?!?!  I need to focus on playing and rules fiddling and painting and not acquisitions.

Until next time, good gaming!