Night of the Ripper! After Action Review with Astounding Tales!

Had a marvelous time at Southern Front in Raleigh this past weekend.  There was a great selection of wonderful games, and I was privileged enough to be able to run my Night of the Ripper game twice on Saturday.

You can meet the cast here.

I ran the game using Astounding Tales! 2nd Edition by the amazing Howard Whitehouse, which is available in PDF from Wargames Vault.

The game was a nice blend of chaos and good British Manners.  The main special rule in action during the game was that due to the notorious London Fog, visibility was limited to 6" on the table. 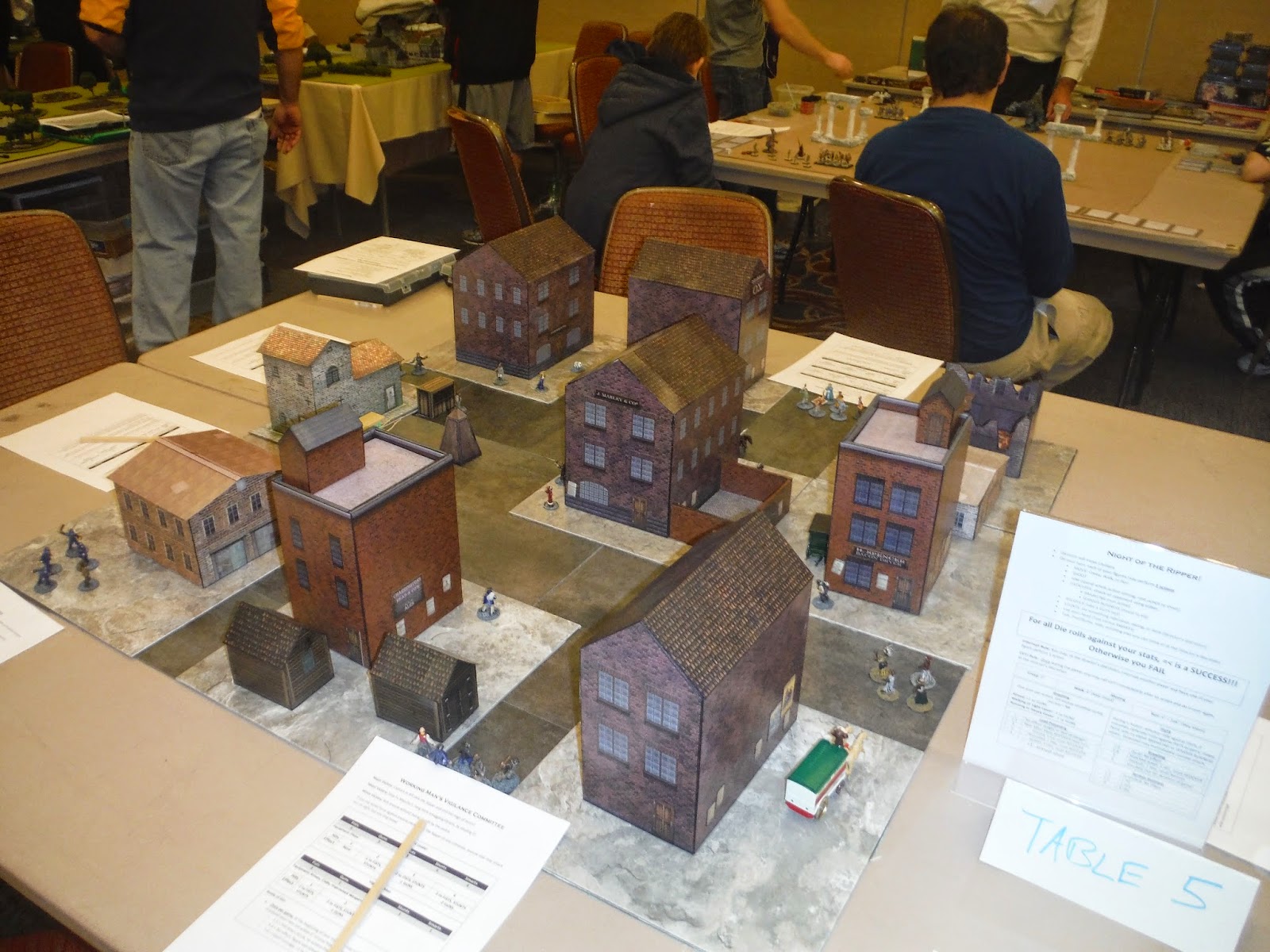 Here was the table layout 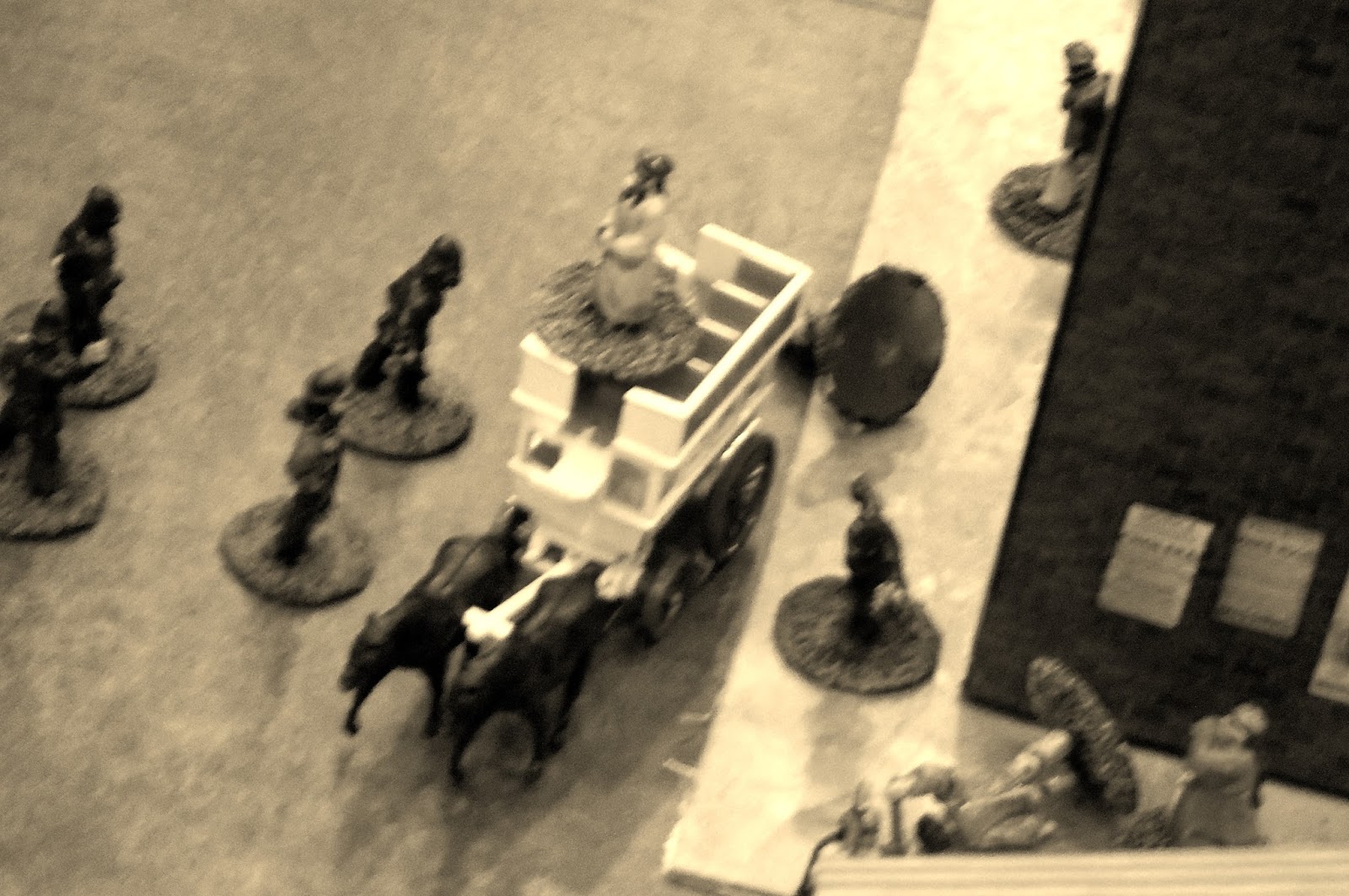 The highlight if the game was Fu Manchu commandeering a convenient omnibus... 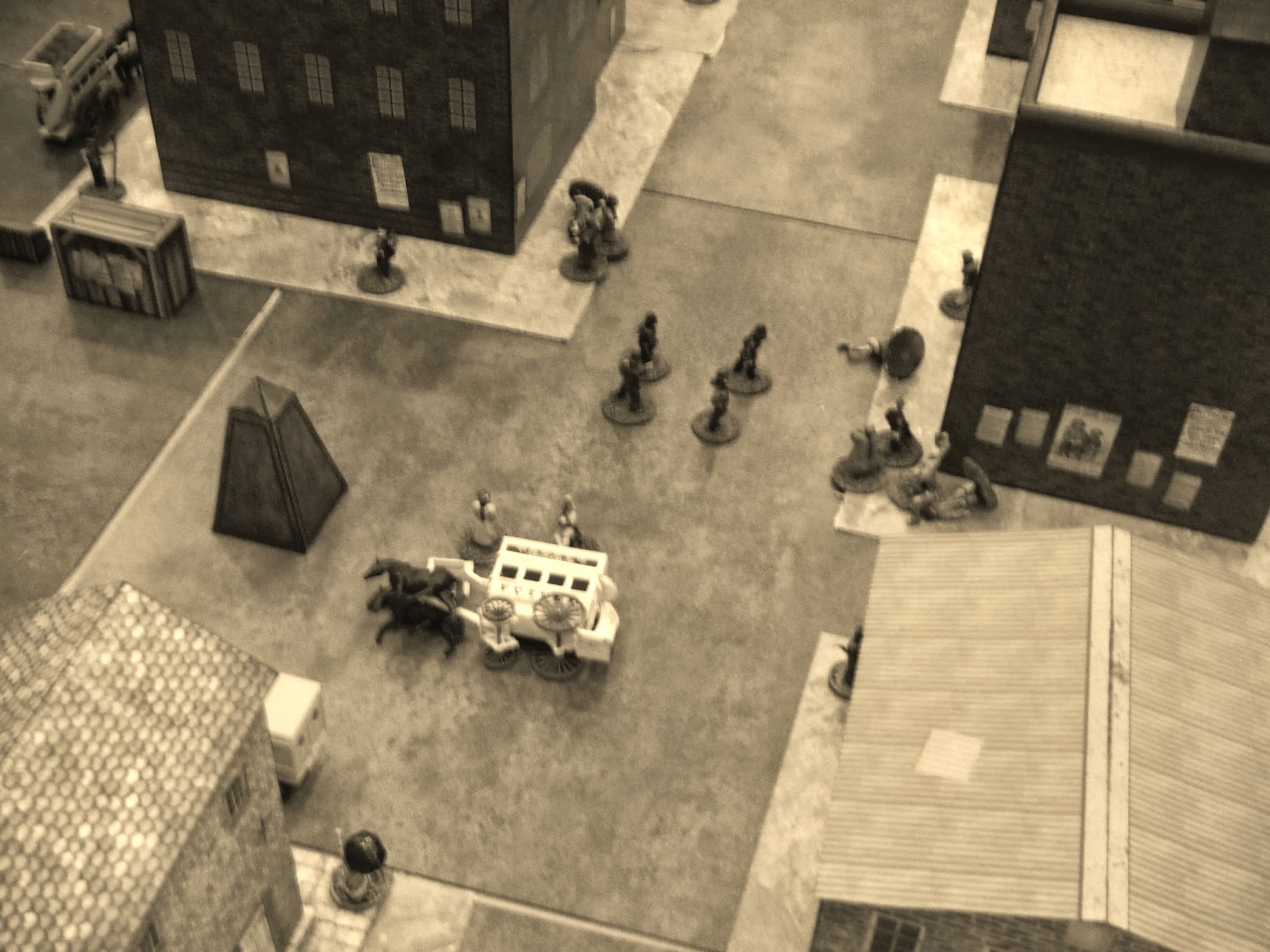 ... and then it flipped when Inspector Lestrade shot one of the horses while the Devil Doctor was trying to escape. 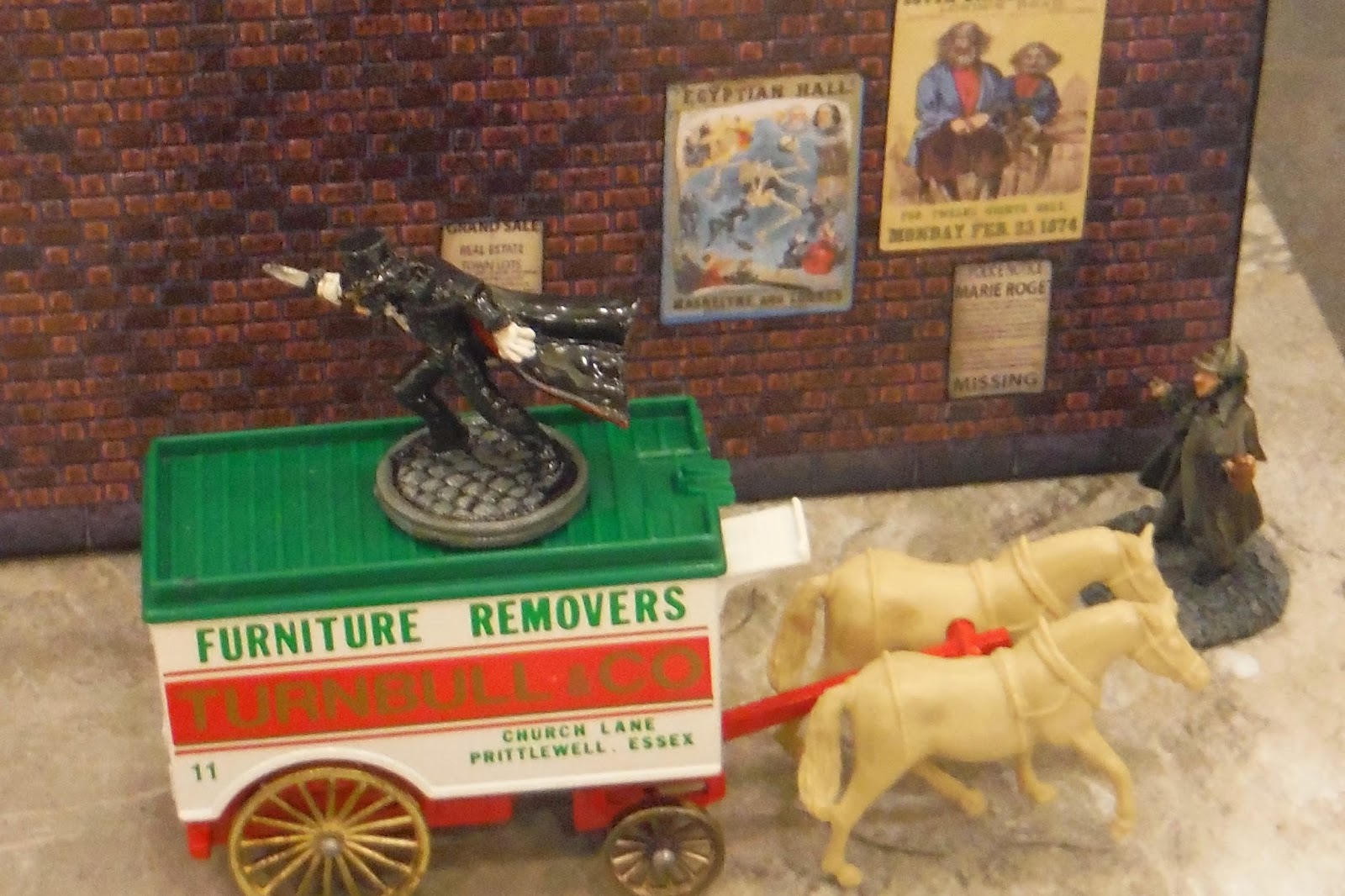 At the conclusion of the game, Holmes, had closed in on the Ripper... 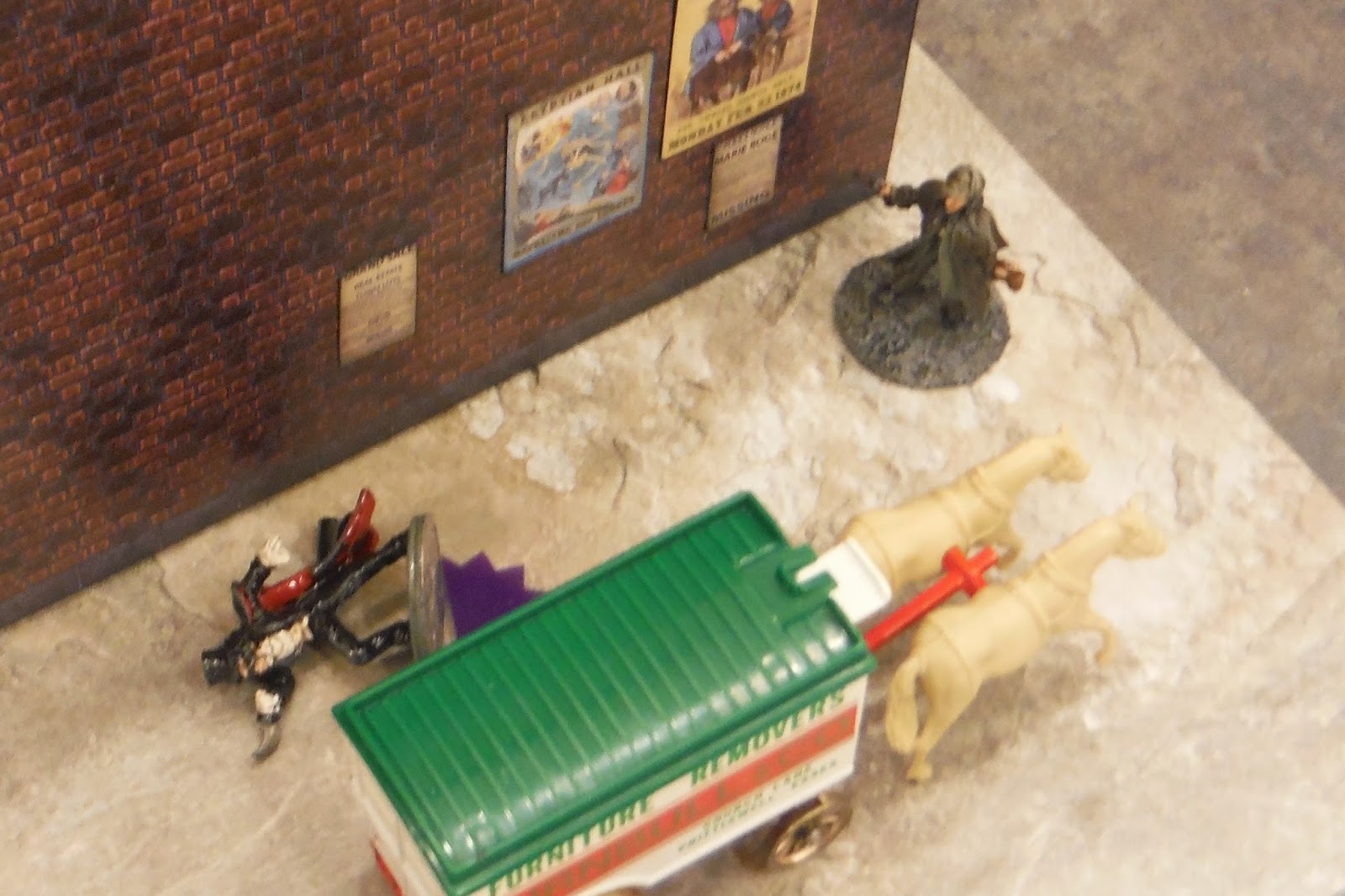 ... and shot him down like the cur he was!  Victory clearly went to the consulting detective.

Game two saw a full table, with 6 players. Mayhem and chaos ensued at a frantic pace! 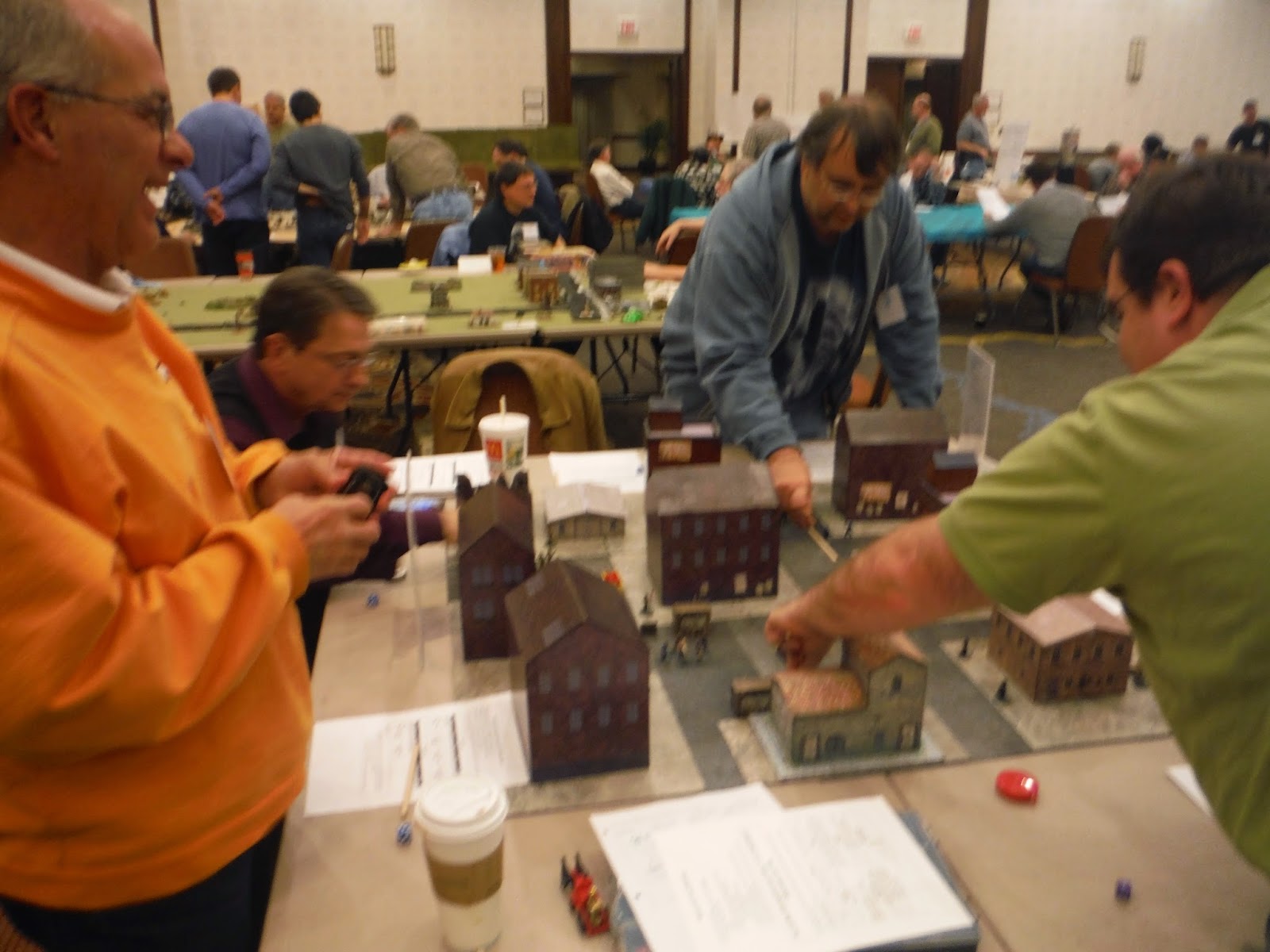 The action was intense! 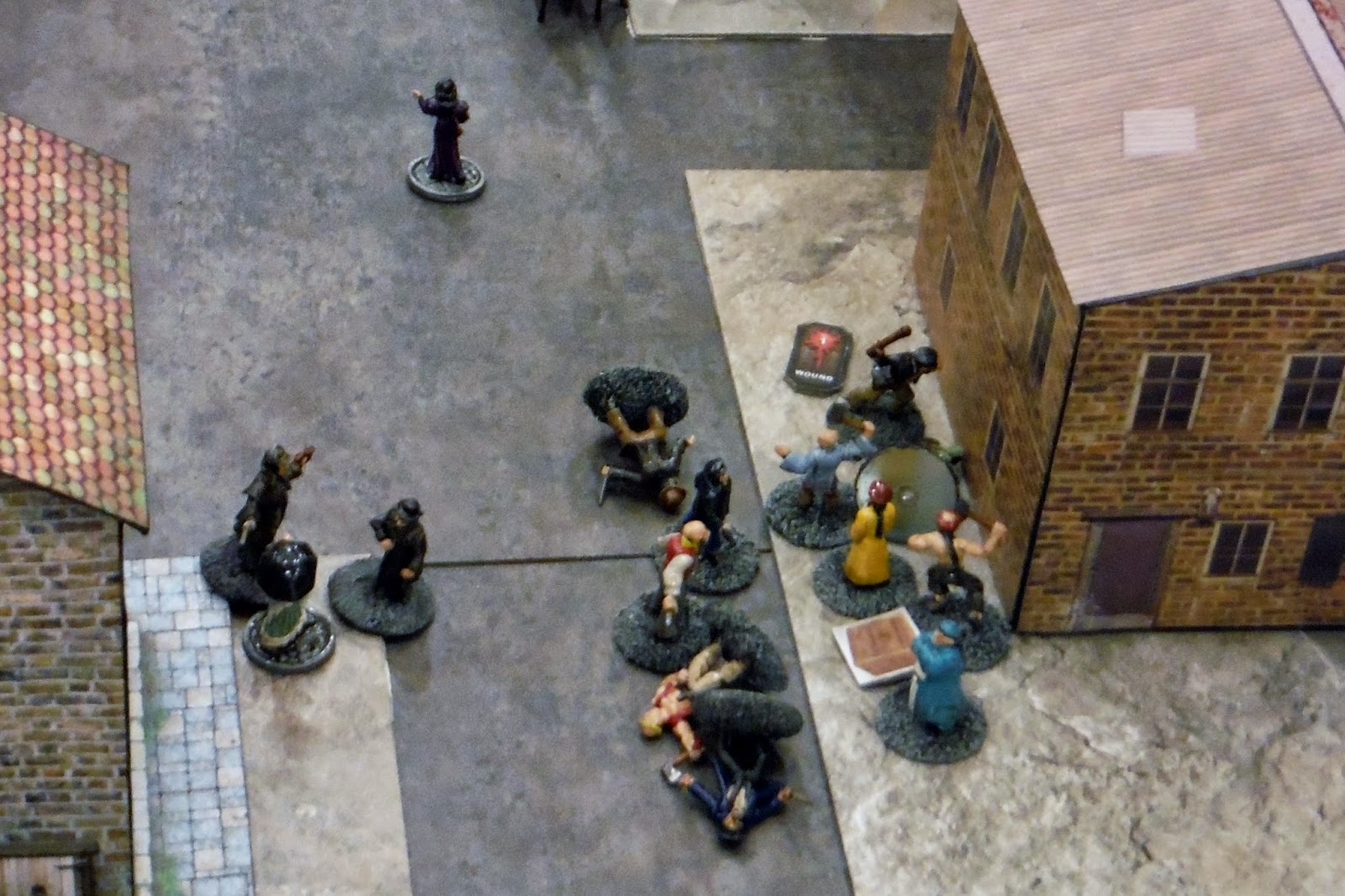 Sherlock Holmes watches The Vigilance Committee and Fu Manchu slug it out while hiding behind some bystanders. 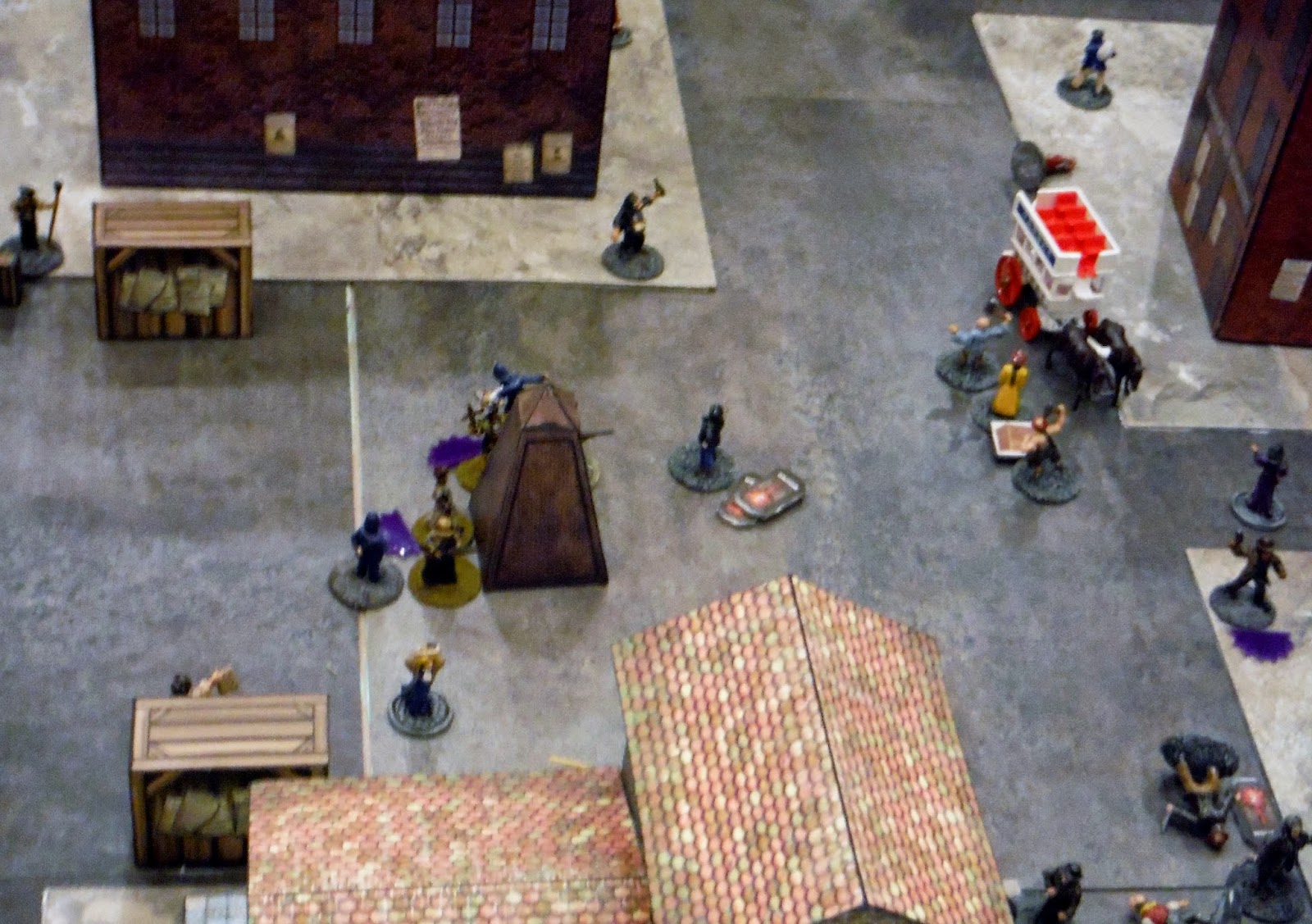 The Suffragettes attach their posters. 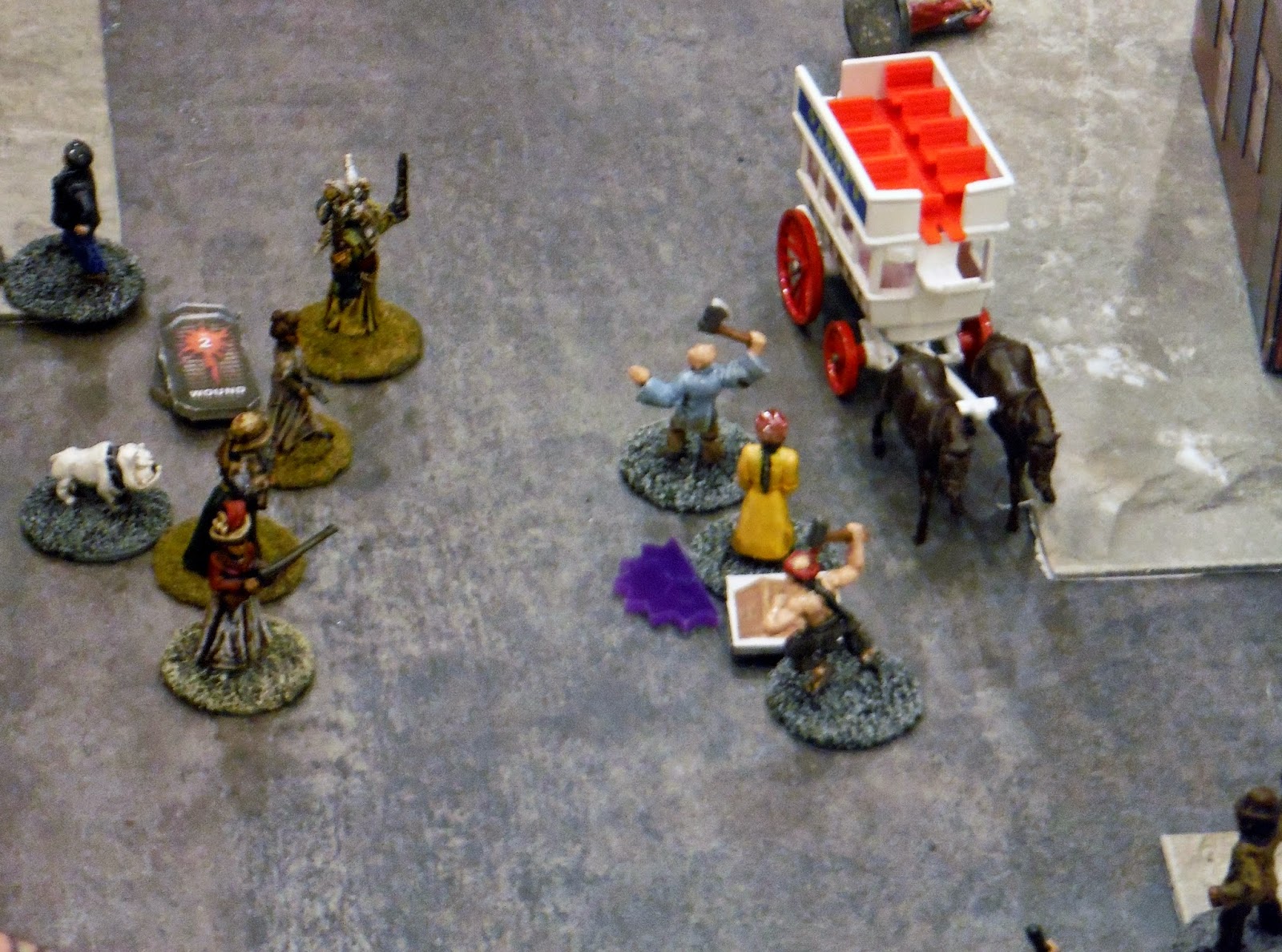 And then went on to wipe out Fu Manchu's gang!


The game ended in a win for the Suffragettes, while Jack the Ripper barely made it off the table carrying a bullet each from Holmes and Watson!  Tom did meet one of his minor victory conditions too, by robbing a bystander. By stealing a bottle of gin and a opium pipe from a drunk vagrant.  A moral victory of sorts, I guess.


It was a great game, and I must say I am a huge fan of Astounding Tales. Next time, I will post the rest of my pictures from Southern Front. Until then, happy gaming!
at 11/26/2014 03:24:00 PM
Email ThisBlogThis!Share to TwitterShare to FacebookShare to Pinterest